The council planted the northern boundary with a mix of mainly native trees and shrubs with the occasional ornamental. As usual they planted the trees close together on the basis that they would be thinned out once they had become established but this thinning did not happen. This we have designated the “Northern Belt”. In the 1980’s, other plantations were created in various areas, such as, around St Mark’s church and along a desire path adjacent to the Winchester Road (A30) boundary. 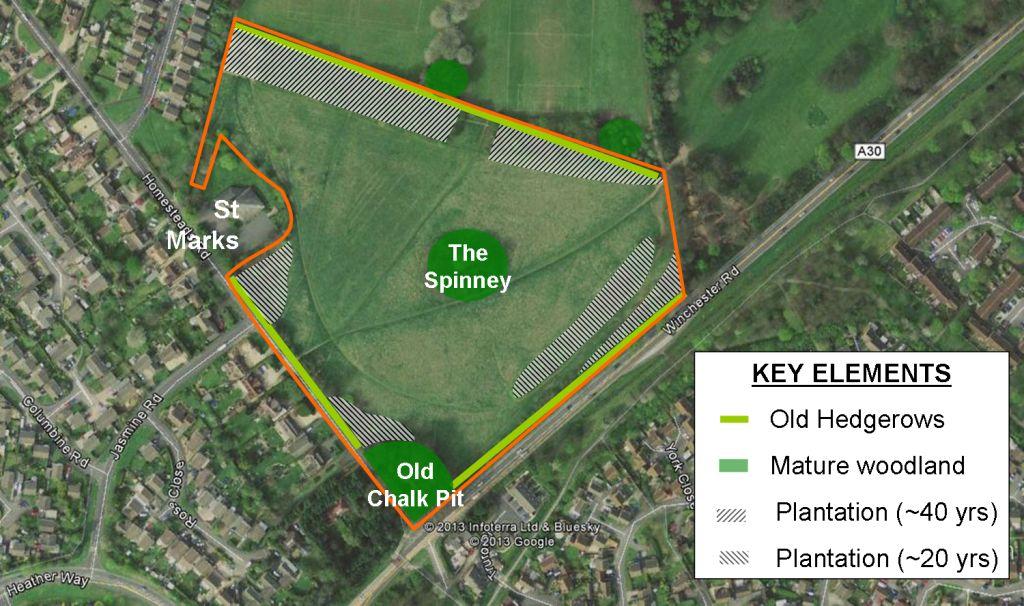 Post 1974, the grass was irregularly cut but not cleared. This resulted in the overall fertility of the ground being maintained. This gave rise to poor diversity and encouraged the development of rank grasses and allowed invasive weeds such as Creeping Thistle, Ragwort and Common Hogweed to get a hold.

This cutting regime kept scrub down that may have provided additional biodiversity.

When the group undertook to manage the site for biodiversity in 2006, the Meadow was basically a “green desert”.