Down Grange Meadow was part of the unenclosed Basingstoke Down from before early Georgian times until enclosure in 1788. Even after enclosure, there were few hedges as the Basingstoke race course was located to the north and west of the Meadow. So this area was still open downland until the 1820’s, with the exception of the boundary line dividing the holdings of Down Grange House and Down Farm. This hedge may have been planted around then, as it is implied on the Tithe Commutation map dated around 1840, shown here: 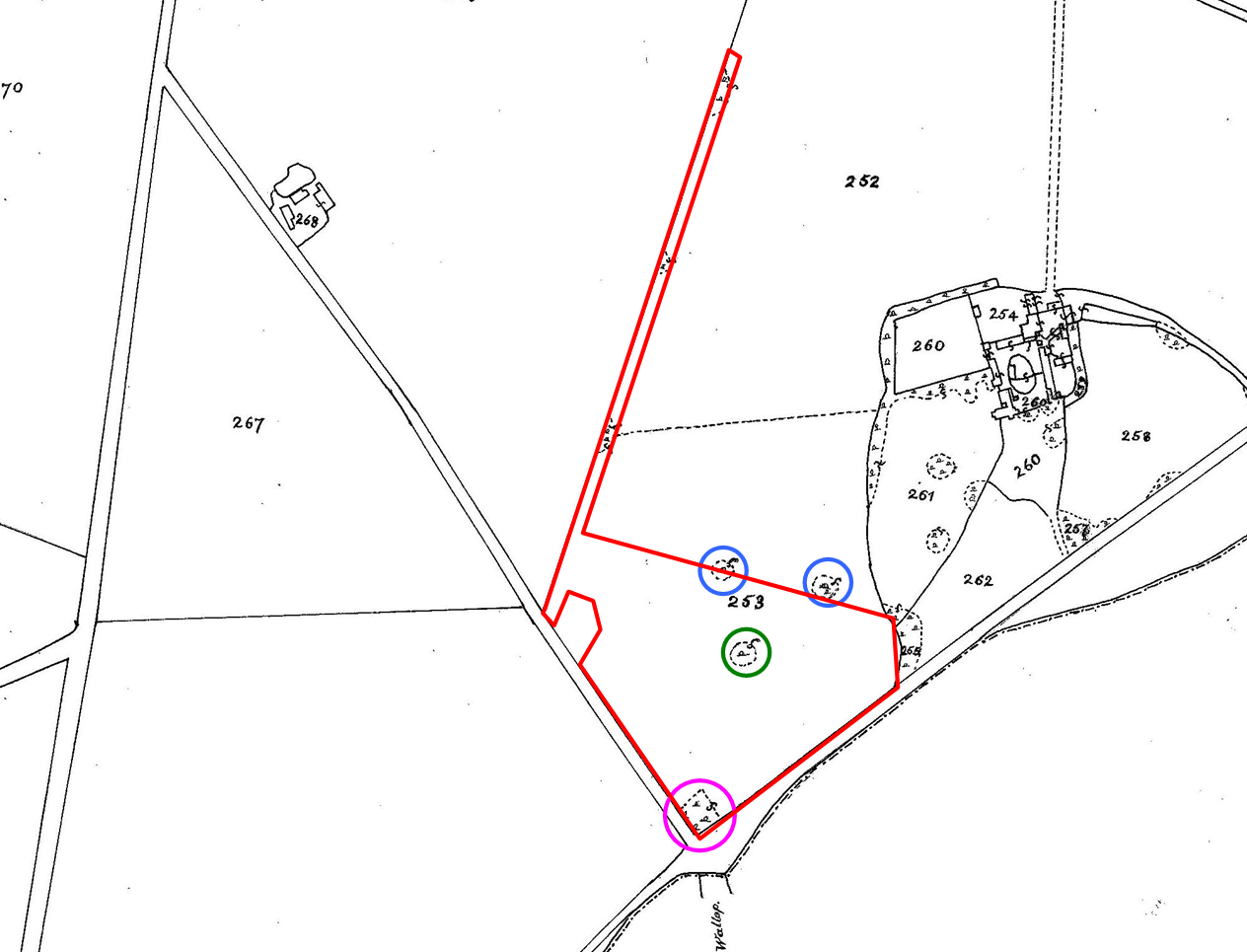 This map shows the boundaries of the pieces of land used for calculating tithes, along with their parcel reference numbers. These boundaries may be indicative only, in the sense that they may have had no physical representation on the ground. For example, the dashed line that runs from what is now the Walled Garden across to the hedge running from Homesteads Road to Pack Lane was never a hedge.

The boundary to our sites is shown in red. The Marl pit is shown circled in pink, the Spinney in green and two smaller marl pits that are on our northern boundary, in blue. There appear to be no other woodland features marked on the map apart from those associated with Down Grange House. While no woodland was shown, it was likely there was a boundary hedge of some sort. along the Winchester Road.

Roll forward to just after the Second World War. This aerial photograph still shows the key landscape elements are still there. 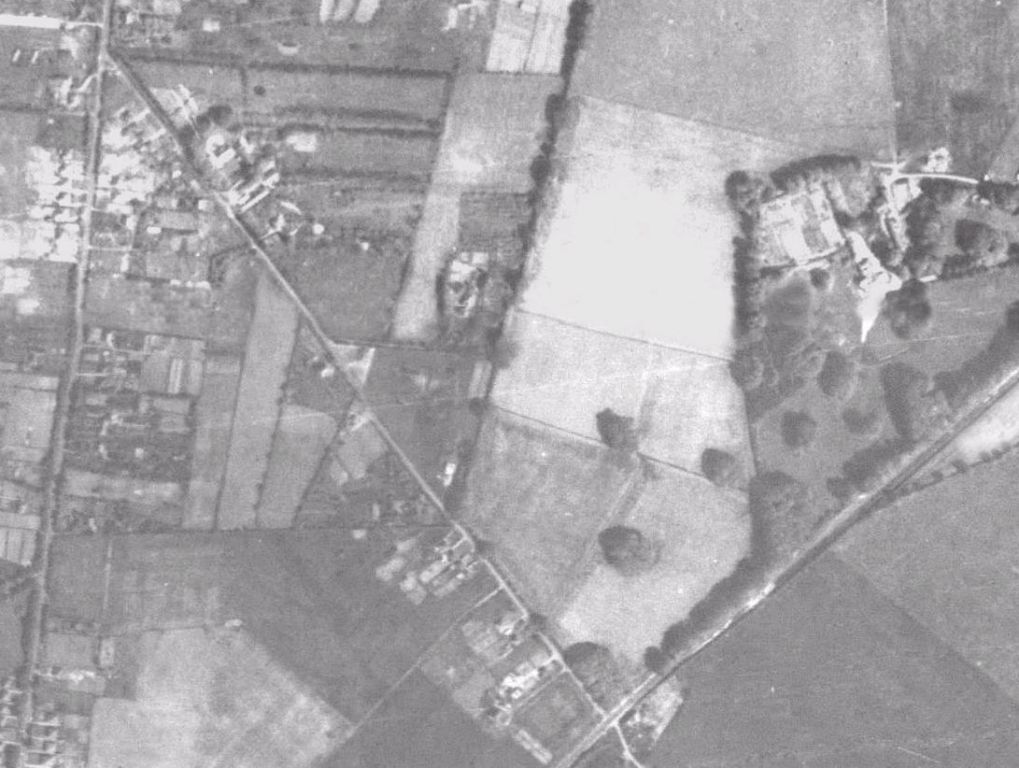 There appear to be mature trees along the Winchester Road, and our northern boundary appears to be a thin planted hedge of Hawthorn. The Meadow and surrounding fields appear to be arable. Whether this was ploughed up during the 2nd World war, during the 1st World war or sometime earlier is not clear.

What we do know is that at the time it was compulsorily purchased by the council around 1974, it was arable and its last crop was sweet corn. At the time of the handover, a lot of trees and shrubs were ripped up and burnt. When doing ground clearance work, we sometimes come across burnt areas 10-20 metres in diameter. The farmer then sowed the arable part of the field with utility grass seed.

This was designated as amenity green space for the then expanding suburb of Kempshott. History from 1974 to 2006.